Learn more about what female pattern baldness is, how and when it occurs and how it can be treated

What Is Female Pattern Baldness?

If you think you are experiencing female pattern baldness, we’re here to tell you everything you need to know about it. We’re experts in this field and are fully qualified to help you with any hair loss problems you may be experiencing.

But first, let’s dig deeper into female pattern baldness and how it presents itself.

Female pattern baldness is more to do with the volume of hair. Women will experience a general thinning of hair. One of the first signs is a widening part of your hair. If your parting is growing in size, this indicates less voluminous hair.

You may feel that your hair just doesn’t feel as thick, and eventually you might be able to see your scalp through your hair. Generally speaking, the hairline stays intact.

There’s a long standing myth that baldness is inherited from your maternal grandfather. This is slightly based in fact, but goes wrong along the way. Androgenetic alopecia, as alluded to in the name, is a genetic condition. So baldness is by and large inherited. It can be inherited from either or both of your parents.

Female baldness can also occur as a result of autoimmune disease, side effects to medication, traction alopecia, stress and illness, and whilst this isn’t female pattern baldness in name, the treatments are still similar and of course, similar principles apply.

If affected by female pattern baldness, it is likely to present itself in your midlife onwards. For men, it is not uncommon to display signs of balding in your teenage years. For women, it is much more likely to begin from your 40s onwards. That being said female pattern baldness has been known to begin early in life. It could occur as early as your 20s. For some however it won’t start showing until after you’ve been through menopause.

Female pattern baldness is very common amongst women. Where 80% of men will experience some kind of balding in their life, just over 50% of women will.

Talk to us about hair loss treatments

How is Female Pattern Baldness Diagnosed?

If you have noticed your hair thinning, or your scalp is visible etc, the next step is to see your doctor or dermatologist. They will then examine your scalp and look for patterns of hair loss and then try to ascertain whether this is due to female pattern baldness or a different type of hair loss.

There are a couple of strategies for doing this. One test is to a pull test. It involves taking hold of around 100 hairs and lightly pulling. This isn’t a painful test but will determine the state of your hair loss. If more than three strands come out, this is considered excess hair loss and will be a sign to investigate further.

They may also conduct a scalp biopsy. This involves taking a piece of your scalp, around 4mm in diameter and inspecting it under a microscope. Another test is to take a densitometer, which is a magnification device which they can use to check the health of the hair shaft.

If other types of hair loss are suspected, they may need to run a blood test. This is just to get some insight into your levels of thyroid hormone, androgens, iron and so on. They may also need to check for other hormone levels like testosterone, conditions like syphilis or even a complete blood count.

How Do You Stop Female Pattern Baldness?

There are some primary medications that can be prescribed for female pattern baldness and they are:

Minoxidil is a topical meditation which you apply to your scalp. You will need to apply it every day and while the results aren’t comprehensive, they are worth chasing. It will then stimulate your hair follicles with results occurring in four months to a year.

Finasteride is an oral medication that a professional may prescribe to you. It is an approved treatment for male pattern baldness, but not female. However, doctors may still prescribe it as studies have not yet determined whether it works for women or not and it has been successful in some cases.

Spironolactone is a diuretic medication and it attempts to block the production of androgens in the body. In some cases it has helped some women’s hair grow back.

There are side effects involved with all of the above treatments including irregular menstruation, fatigue, itching, a decreased sex drive and some other minor side effects. Your consultant will advise on treatments however and discuss everything you need to know about what they entail.

Microneedling is a procedure whereby you take a Microneedling Pen and use it to create small puncture wounds on the scalp. The pen will have some small needles in it, when you use these to puncture the skin on the scalp without drawing blood, the new cells produce collagen as they heal which strengthens hair.

LLLT involves using laser diodes to deliver light therapy to your scalp that encourages hair growth. Imagine a hooded dryer that you see at a typical hair salon. It looks like one of those, and it fires lasers at your head, non-harmful of course, that stimulate your stem cells and increase blood circulation to the scalp. This can then increase hair growth as a result.

There are some other methods that do require surgical procedures. This might sound daunting, but as surgery goes a hair transplant is one of the least invasive procedures you could ever undergo. They are:

FUT tends to be the hair transplant procedure more women tend to opt for. It involves taking active hair follicle units and implanting them into the target area. These procedures are more expensive, but the effects are permanent and extremely thorough.

At the end of the day, female pattern baldness through genetic or any other reason is a common shared experience, but it can dent your confidence and that can affect your quality of life. There’s nothing wrong with experiencing baldness, and there’s nothing wrong with seeking help to counteract it too. As modern procedures and technology are so advanced we can achieve great results and revitalise your hair growth.

If you would like to know more about how we can help you, get in touch today!

Talk to us about hair loss treatments 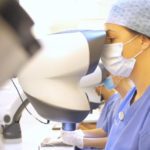 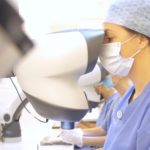 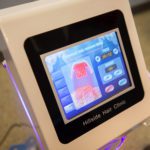